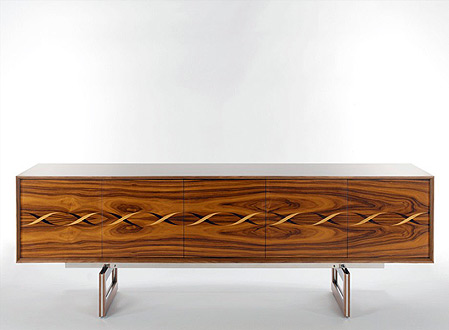 David Linley may be known to most as the son of the late Princess Margaret of England, but in the interior design world he is also a superstar designer in his own right, designing bespoke furnishings and the source of perfect hostess gifts at his eponymous Linley shops.  He is also Chairman of Christie’s and I had the pleasure of working under him during part of my tenure with the auction house.  Recently, I heard rumors that he is thinking about opening a Linley store in New York (although he already has a strong presence with Dering Hall) so perhaps this is the prudent time to introduce you to his wide range of luxury wares. 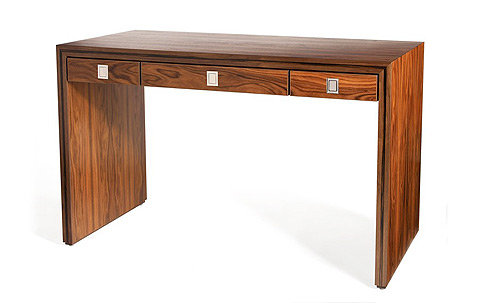 These two desks have a decidedly art deco feel and the quality of the woods and finishes makes Linley an heir to the great names like Emile-Jacques Ruhlmann and Jean-Michel Frank.  You either commit to quality or you don’t, and Linley’s teams obviously take great pride in their products.  In the “Oslo” desk above, they add a delicate line of ebony stringing to the crisp lines of the desk for an additional visual depth to the rosewood case.  Sleek, simple and elegant.  Linley’s “Riviera” desk (below) wouldn’t look out of place in Jay Gatsby’s office.  I love the subtle curve to the front and the striking contrast of the wood veneers.  This is a great example of the range of Linley’s design – two pieces taking inspiration from the same period, but so completely different in execution and finishes. 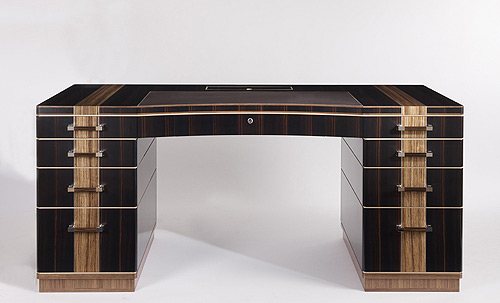 A pair of club chairs like the “Max” look great in a contemporary space.  They don’t call them a classic for nothing!  And I love how the low backs keep their visual footprint to a minimum. They wreak with inconspicuous modern elegance. 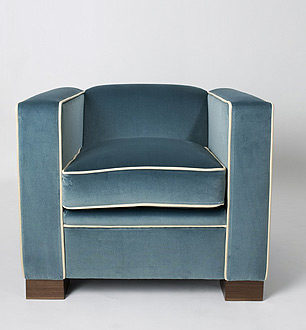 Linley is known for the inlay he uses on his case pieces.  The sideboard above (main image) is an ode to mid-century design, and the double helix inlay adds a very nice touch to the lush rosewood door panels.  They sell this as a sideboard, but it only stands at just over 2ft high, so I would picture this, amongst other things, as a great storage cabinet for unsightly video equipment under a wall mounted TV.  Again, think of how mid-century design is so ghastly reinterpreted by so many out there – Linley’s piece has a certain polish lacking in his competitors. 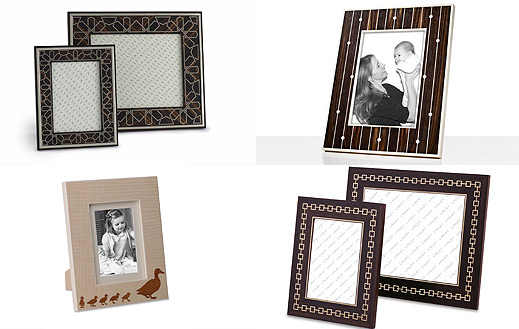 And for a gift your friends will actually use, nothing is better appreciated than a frame, and none are as beautifully finished as Linley’s.  This is only a selection of my favorites.  There are a variety of very posh wood frames inlaid with designs, but the cutest are those with the charming parade of ducks or elephants.  These are my “go to” Christening gifts.  The parents love them and I think it’s a great start to training a little eye to the finer things in life!