the last photos of Marilyn Monroe to cause collector feeding frenzy 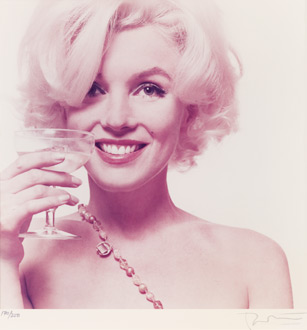 Photography is one of the hottest trends in collecting today, and it’s not hard to see why.  Freeman’s auction house in Philadelphia is getting the fall season off to a great start with their sale on September 10th.  Here, just a few of my personal favorites.

Marilyn Monroe is still an icon even fifty plus years after her tragic death (lots 181 and 182).  Just over a month before her suicide, famed photographer Bert Stern was commissioned by Vogue to do a shoot with the star, and the results give a haunting look at her last days.  What I love about photography is that as beautiful as the subject can be, it’s really what the photographer frames that makes the art.  The ten shots being offered for sale (one shown here) capture her youthful vitality.  You can see that Marilyn was clearly enjoying the shoot.  They’re naughty and carefree and yet a sad reminder that photographs capture only a fleeting moment in time – a stark contrast to Monroe’s world six weeks later at the time of her death. 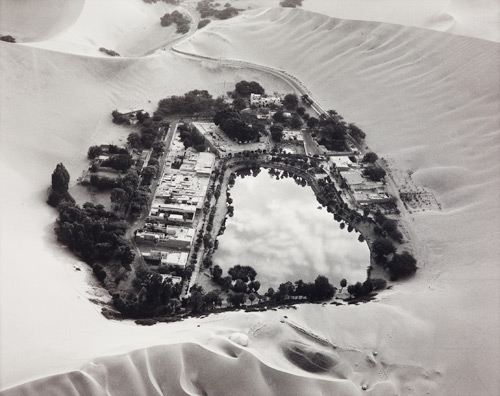 Marilyn Bridges (American b.1948) is one of the dozens of women photographers that form part of the Avon Collection leading the sale.  Avon has an impressive corporate collection surrounding the concept of “beauty through the eyes of women”.  This work (lot 34) by Bridges is not only a stunning composition, but it has a feeling of desolation and remoteness that I find intriguing.  Black and white images are always a great use in any interior because they don’t compete with the surroundings and yet they add an interesting focal point to a room. 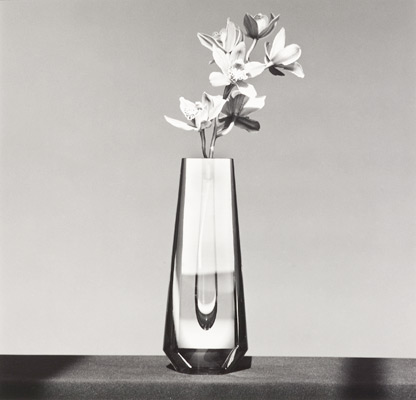 Another example of a simple black and white image is the “Orchid” (lot 209) by Robert Mapplethorpe (American 1946-1989).  It’s so elegant and delicate.  I would use this to anchor a space… it’s that strong of an image. 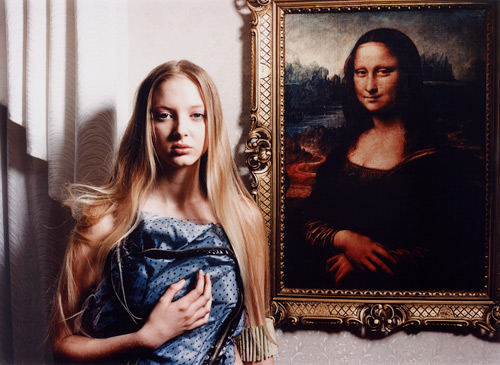 The last image is one by David LaChapelle (American b.1964) – a fabulous portrait of the present and the past (lot 224).  On one hand you have a Renaissance beauty as depicted by da Vinci and on the other, its contemporary counterpart.  They couldn’t be more different, and yet each is striking in their own way.

Because it is often sold in editions rather than single images, collecting photography can be easy on your pocketbook and a great introduction to collecting art.  The pieces I have selected here range in estimates from only $300 up to $25,000.  I normally encourage my clients to choose a theme and to begin buying based on that theme.  This keeps a collection focused and presents a more cohesive look when shown in your home.