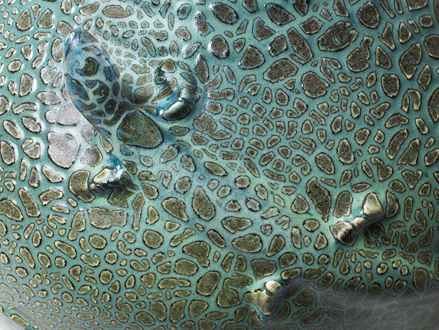 Tucked in the Burgundian hillside of central-eastern France, amongst the bucolic vineyards is the studio of a non-assuming Chevalier des Arts et des Lettres and a Maître d’ Art who for 35 years has produced some of the most beautiful, ingenious and original ceramics.

I’ve known of Jean Girel for a while, but he is better known in France and Asia where he was bestowed with the honor of being a “living treasure” by the government of Taiwan.  But with his timeless and supreme ceramics that masterfully fit into any, and I mean ANY period style decoration, he should be better known to the design and art collecting community in this country. 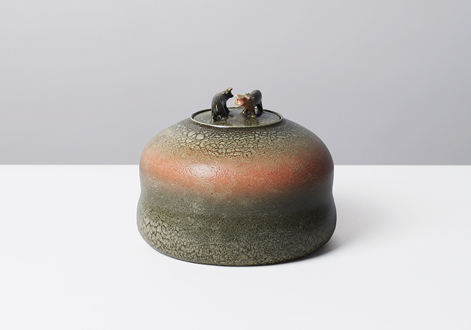 Influenced by the majesty and beauty of his local environment, the 4 elements (earth, wind, fire, water), the sheens of oil slicks and the magnificent ceramics of the Chinese Song Dynasty (960-1279), Jean produces ceramics with simple forms but very complex production methods and glazing techniques.  Half eccentric scientist and half passionate artist, Girel has developed over the decades his own recipes, tools, and methodology for producing not only the vessels, but his elaborate glazing techniques that replicate in shape, color, texture and sheen the natural phenomena he observes. 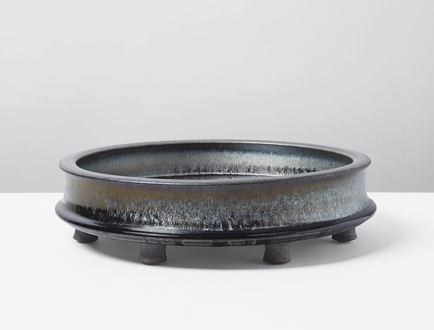 Imagine a painter grinding his own paints, weaving his own canvases and making his own brushes today?  Crazy, right? Not for Girel who makes his own porcelain paste (gets the rocks, smashes, liquefies, and kneads them into paste), his own kilns (he also makes them for other potters) and his own glazes which have been fine-tuned through the years with minute attention to detail.  His notebooks are precise lab reports noting the techniques, materials and firing temperatures used for specific wares with failures and successes dutifully noted. 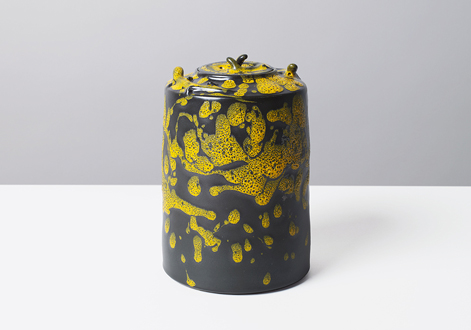 All this fanatical, dedicated passion results in vessels that are beyond belief.  His Bestiaire series emulates certain animal pelts and reptile skins that make complete sense when you see the tiny animal referenced along the edge or on the vessel top.  These are literally “ferosh”!  His Oiseaux series emulates the iridescent sheen of the rainbow and shimmering light on bird’s feathers. The Métallescences series references the fierce murky patina and liquidity of moving lava dripping over rocks.  Lastly, the Paysages series is the newest of his works and its Jean’s citation of the fantastical landscapes by 15th century Netherlandish artist Joachim Patineer translated to the views of the surrounding mountains from his studio. 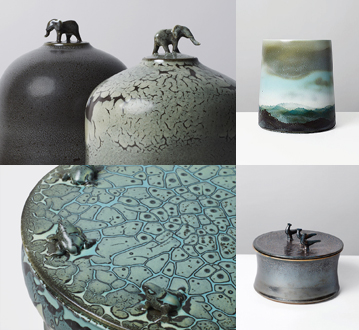 You can’t tell I ADORE his vessels, right?  Now there is no excuse not to know about the wonderful work of this artist and to appreciate these pieces, for they are now likely to be on the road to becoming ceramic icons of the 21st century.
image credits: MaisonGerard, New York who represents the artist in the US.  A show on the artist’s ceramics in collaboration with Galerie Arcanes, Paris will be held at Maison Gerard from 25 April – 24 May 2012.
To go to the blog’s HOME page click here
click here to “like” me on Facebook
April 24, 2012
-->