the art of interior photography: the unparalleled eye of joshua mchugh 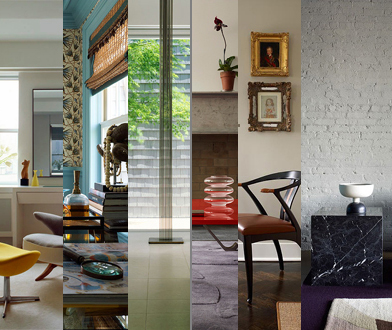 Joshua McHugh is a New York-based highly acclaimed freelance photographer that specializes in interior, architecture and other art/design projects and whom I’ve known for awhile as my photographer of choice for interior design projects.  With corporate clients like Knoll and Christie’s, and shelter mags such as Architectural Digest, Interior Design and Martha Stewart Living, Joshua is a true professional with a talented eye for framing a shot.

In the age when your guppy can shoot a photo with its camera and doll-it up through Instagram, you may think the end of professional photography is near.  I doubt it’s the case with Joshua.  The art in his photos convey a certain natural state in an interior (vs. a sterile interior that looks like a stage set) and they offer a glimpse into the life of a home, which is something hard to accomplish by the guppy in all of us!
My favorite interior shots are those where the details tell the story and where he uses a low point-of-view (POV) to lend a heroic quality to the items depicted.  Here are some brilliant examples: 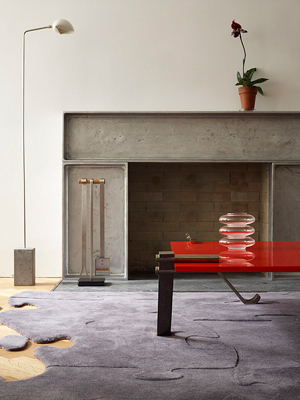 This is the living room of phenomenal architect Ali Tayar in the Rockefeller Apartments across from the MoMA gardens in New York.  It’s predominantly furnished with items of his own design.  Many living rooms are photographed with the fireplace at dead center.  Here Joshua chose to tighten the view and give predominance to all the elements: the red lacquer table, the lamp, the fireplace and that great jigsaw puzzle rug. 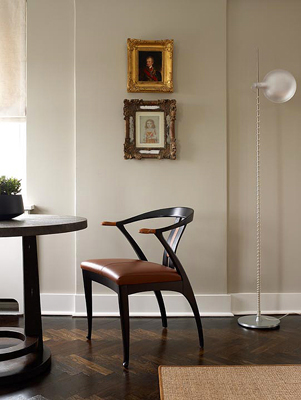 This is a corner nook for a penthouse I designed in Manhattan (to be featured in the coming weeks).  The eclectic mixture is what makes the photo work so well. Not only in terms of the items (antique art in period frames next to a contemporary lamp) but in the shapes, textures and their interaction with the shadows and light. 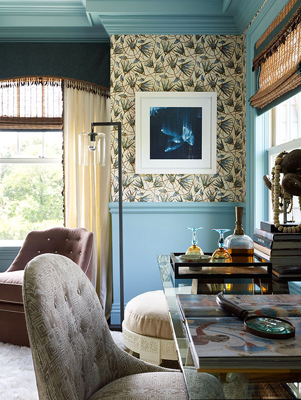 This is a detail of the bedroom designed by Katie Leede for the 2012 Hampton Designer Showhouse.  We can see this shot and imagine the rest of the room! There is a wonderful progression from foreground to middle ground to background highlighted by Joshua’s choice of lens to slightly exaggerate the perspective. 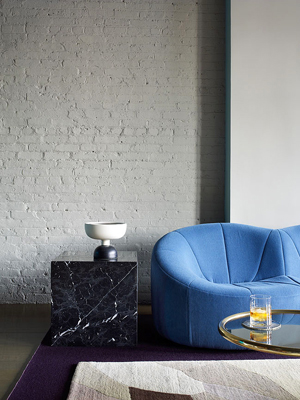 I LOVE this detail.  It’s a Tribeca living room designed by Elena Frampton of  of supercool studio Curated.  What drew Joshua to this detail was its composition – the strong vertical components of the wall, 2 wall textures – the recurrence of round elements and to top it off, the amber scotch that complements the blue sofa. This detail too can be a magazine cover.  Wow – delectable! 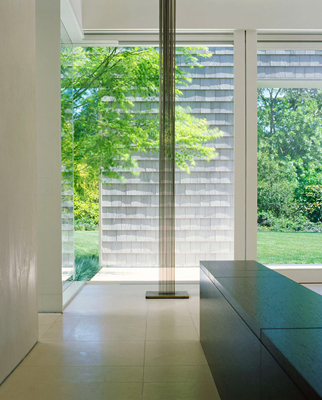 This is a detail of a house in Ross, California designed by Chicago-based architect Dirk Denison, landscape architect Andrea Cochran and published in Metropolitan Home. It’s another case where Joshua uses the low point of view and forced perspective to heighten the drama of the shot.  He says “I chose to crop the image so that the top of the Bertoia sculpture is out of view, suggesting that it goes to the heavens.  I like the way the tree is trying to outgrow its setting between the shingles and glass”. 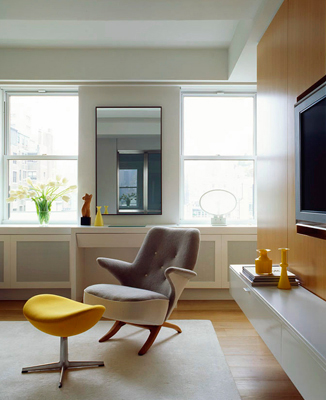 The last photo details a portrait of the Scandinavian chair and footstool in an interior designed by Bruce T. Bananto and photographed for ElleDécor.  Notice the reflection of the windows on the opposite wall in the mirror.  It gives great depth to the space which an amateur would overlook.
Raised in New York, London, and Toronto, Joshua graduated from Oberlin College with a degree in Classics.  He paid his dues working as the Photo Editor at Elle Magazine prior to switching gears and becoming a photographer. His next personal project, a book called Murals of New York City, is to be released by Rizzoli this year.
image credits: all © Joshua McHugh, New York
March 5, 2013
-->