saunas, pools and baths in the works of Brazilian artist Adriana Varejao 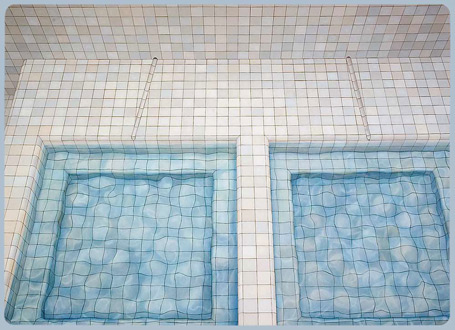 In the world of Contemporary Art, Brazilian artist Adriana Varejao (b.1964) dives head first into the fray – well, so it appears from her marvelous series of paintings depicting pools, saunas and baths (2003-2009) that shimmer with radiant light playing off the water and tiles in her compositions. 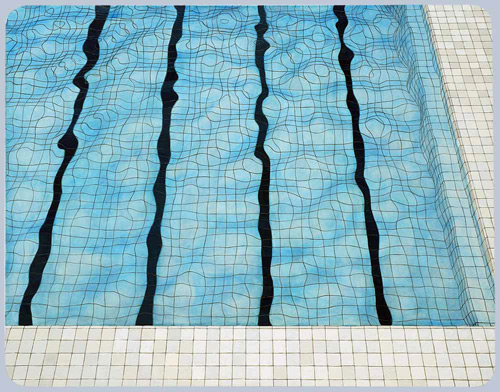 Born and raised in Rio de Janeiro, Varejao’s series of massive canvases bring a real freshness to a space.  They literally change your mood to feel happy, renewed and revitalized.  Varejao works with painting, sculpture, and photography to present her themes, which often incorporate Portuguese and European influences in her homeland, and you get a sense of this in this series of paintings. When a work comes from a tradition most of us already appreciate, it fits easily within our established esthetics quite comfortably.  Long gone are the days when European art ruled, and with the emergence of artists from Brazil and Latin America on the world stage, it’s great to see their modern take on traditional art forms. 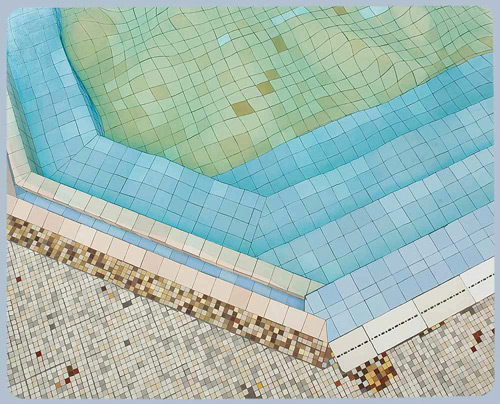 Tiles are HUGE in Portugal and in Rio where you can see them covering walls and pavements adding color and design to the cityscape.  With this series, can’t you just see a group of hip and young cariocas lounging poolside just off the edge of the canvas, sipping caipirinhas and having a good time?  Art should form a connection with you in one-way or another: a reminder of times past, a memory of a great trip, or an image that speaks to your soul. 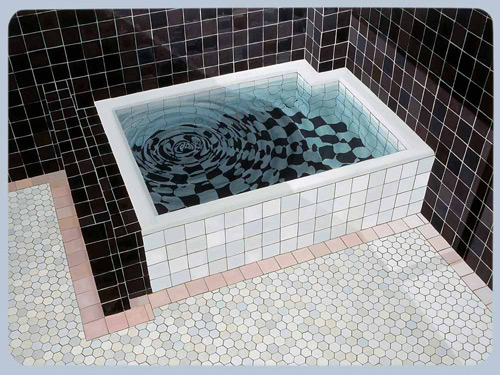 Varejao is all about realism, which makes her work a great introduction to the often misunderstood world of Contemporary Art.  Her work is held in major collections including the Tate in London and the Guggenheim in New York.  Anyone can easily appreciate her visions of calming waters reflecting back on fond summer memories spent poolside.  But that’s not to say she doesn’t have a more “challenging” side to her art, though that’s not to everyone’s taste.

image credits: courtesy of the artist.