High style in a chic new design hotel in Heidelberg 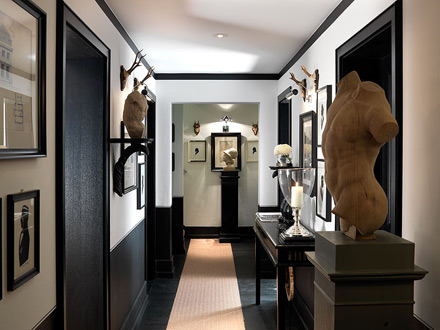 Hotel Heidelberg Suites is certainly one of the most stylish design hotels in Germany.  In general I find, “design hotels” to be utterly boring.   Yes, they may be clean and modern but many are just pretentiously chic for those who don’t know any better.  They lack a ton of personality – one could be staying in Seoul, Mexico City or Bahrain.  But when the design hotel also has that grain of je ne sais quoi that can only place it in the city where it is located, then we’re talking my language. 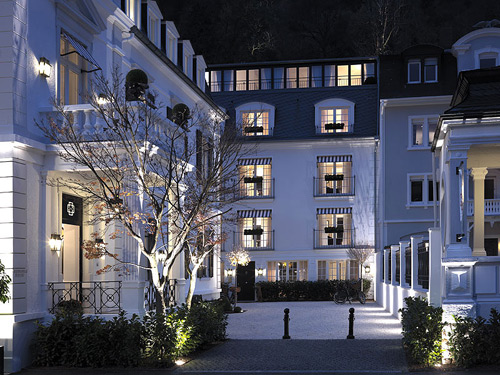 Designed by renowned Italian architect Michele Bonan, the Hotel Heidelberg Suites comprises two 19th century villas and a new building of modern style.  And while he could have decorated the hotel in the high Victorian style of the late 19thcentury to match the dwellings, he opted for doing it up in the neoclassical and romantic styles of the early 19th century whilst injecting the spaces with elegance and sophistication in his use of blacks, grays, whites and silvers. 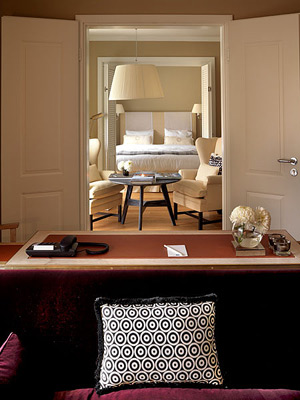 The décor also includes stone and plaster casts of Greek and Roman sculpture, architectural prints of Roman ruins and great houses and a token of small deer antlers carefully positioned on the walls that help remind you you’re not in Florence or New York.  To say the views of the city are good is an understatement – they’re breathtaking and worth a trip just for these! 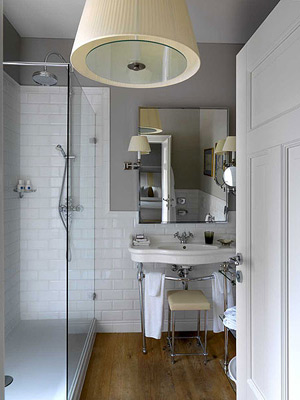