Do you know … designer T.H. Robsjohn-Gibbings? 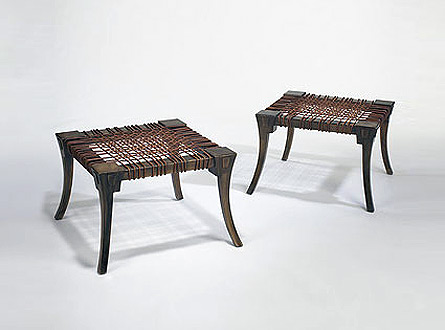 British born, Terence Harold Robsjohn-Gibbings (1905-1976) started working as a designer of ocean liner interiors before becoming a salesman for an antiques dealer which brought him to America.  By the late 1930s, he was America’s most sought after decorator working for the likes of Doris Duke and Elizabeth Arden. 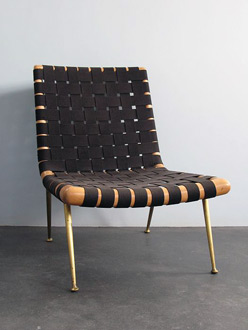 Surprisingly for someone with an antiques background, Robsjohn-Gibbings detested the Georgian and Spanish styles so popular in his day, and instead went about to create contemporary furniture based on ancient Greek design.  The story is that he saw representations of classical Greek furniture painted on antique vases at the British Museum and was inspired by their simple forms, clean lines and enduring beauty.  His store on Madison Avenue was filled with classic Hellenistic art set against stark white walls and tiled mosaic floors to show his Grecian inspired furniture to perfection. 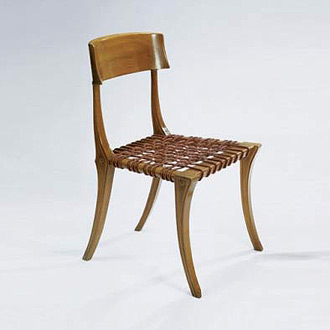 After World War II, Robsjohn-Gibbings closed his Madison store and changed his focus from servicing top-tiered clientele to creating mass-produced furniture.  His most notable partnership was with the Widdicomb Furniture Company of Michigan where he designed over 200 pieces.  The line was a hit with America’s middle classes where his designs brought well-made furniture at affordable prices to fill their expanding homes. 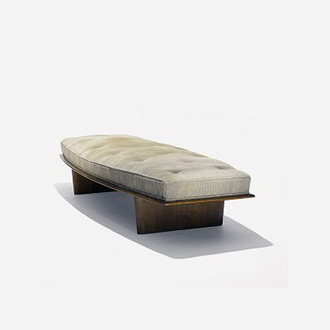 Later in the 1960s, he moved permanently to Athens to work as an interior designer for shipping moguls Aristotle Onassis and Stavros Niarchos.  He also teamed up with the Greek cabinetmakers Saridis to bring his designs to life. 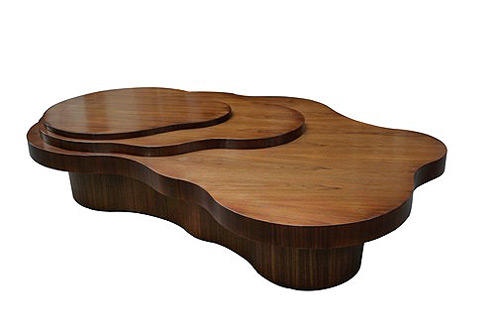 Admirers with all pocketbooks can indulge in his work: the custom work done for his top clients sells for five figures at auction, while the mass produced works are available at a far more reasonable starting point.  And his collaborations with both Widdicomb and Saridis are still being made today.  A reaffirming indication that good design never goes out of fashion!
image credits: Klismos stools  – Wright Auctions, Chicago | brown canvass strapped chair  – David Baker + Partners | Klismos chair – Phillips de Pury | bench – ModFrugal |  cocktail table – Todd Merrill, New York