day 1 of 5: travelling to Europe in the 18th century (Paris) 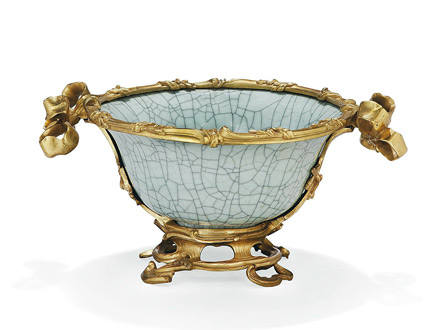 On the eve of the mass exodus to Europe for summer vacation, I thought it apropos to look back at what European travel was like in the golden age of grand tourists in the 18th century.  As such, this week’s posts will touch on the “souvenirs” brought home by mostly British roving aristos, from the choice destinations of Paris, Rome, Naples and Venice.
If you were very lucky (and extremely rich) in 18th century England, your “papa” might just pack you off  with some friends and a tutor to the Continent on an “educational” Grand Tour after university.  Paris, Rome, Florence, Venice and Naples are magnificent now, but imagine the rapturous excitement of a young “puritan” protestant British aristocrat in 1710 about to embark on such a trip – these were the Catholic nations of excess; filled with the treasures of antiquity and the Renaissance.  A place to see the world’s great architecture and art all while having a bit of fun – cloaked under the perfectly respectable mantle of education. 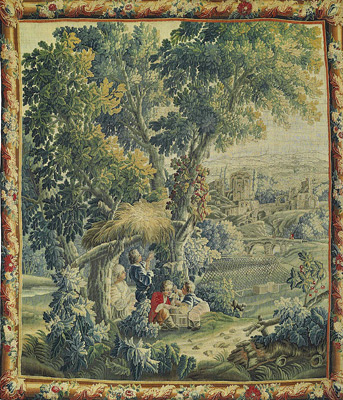 Today we are able to envision these itinerant aristos because of the rich heritage of paintings, sculpture and furniture they carried back home from their travels.  Just like today’s teens bring home tchotchkes, t-shirts and snap shots of their time abroad, these young men admittedly found choicer souvenirs in the manner of great portraits done while in Rome, delightful Venetian cityscapes, and intricate furniture from the best ébénistes in Paris. 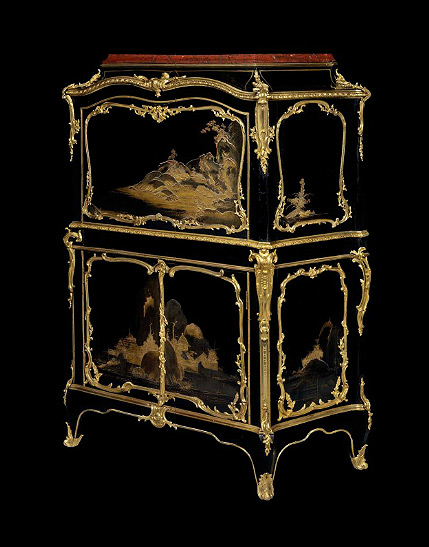 Paris was a necessary stop to absorb the culture and traditions of the refined French Court.  The better-heeled British aristos spoke French (which was the diplomatic language of Europe) and Paris was a good place to practice the arts of diplomacy with the host of foreign nationals gathered at Versailles.  Lessons in fencing and dancing could also be arranged and it was a great opportunity to bring home the very latest in men’s fashion (high heel shoes, wigs, and beauty marks).   By the end of the 18th century as the French monarchy began to quiver, the entire social order began a steep decline leading to the French Revolution.  But much like today, one person’s downfall presents another with an incredible buying opportunity. 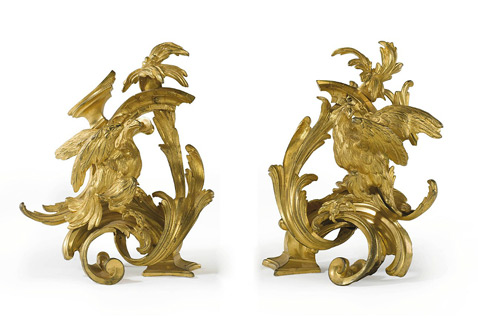 As the clouds of uneasiness appeared on the horizon, French nobles who saw the coming storm began to welcome wealthy Brits to their chateau to buy furniture, tapestries, paintings and artwork.  Paris has always been the center of the world in terms of fashion and design and this was a fantastic opportunity to pick up treasures at rock bottom prices (and as you can imagine, as the revolution got going, the sales increased).  Some of the great collections in England today have pieces picked up in Paris by forebears lucky enough to have been at the right place at the right time.
You can see some examples of the tchotchkes bought by the Grand Tourists in France throughout this feature.  They reflect the IN designs of the moment.  During the earlier part of the century, the fashion for the organic forms of the Rococo was in favor: furniture that incorporated Japanese lacquer panels mounted in organic curly-cue gilt mounts; Chinese celadon bowls mounted with gilt bronze mounts; chenets for the fireplace and bucolic tapestries. In the latter part of the century, the neoclassical forms of Louis VXI were the IN thing, so straight-line furnishings were all the rage.  A good example is this bergère. 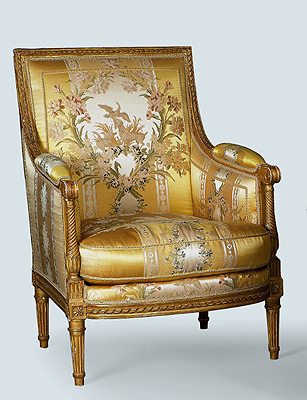 The French Revolution would soon bring Napoleon to the throne of France and begin a whole new series of wars, which would rage across the entire continent from Lisbon to Moscow and thus sadly ending the very idea of the Grand Tour.  From roughly 1793 until 1815 wars isolated England from the rest of Europe, and by the time peace returned, the continent was a much different place for the traveling aristocrats.  The idea of a Grand Tour, though, was not completely dead.  The Napoleonic Wars had seen a marked increase in the wealth of the British middle classes who along with improvements in travel and accommodation now undertook their own European travels.
Check in again this week for the continuation of the Grand Tour to Rome (fine art), Rome (decorative art), Naples and Venice.